The EU Statutory Audit Directive (“Directive 2006/43/EC”) requires that auditors and audit entities from third countries providing audit services to companies incorporated outside the European Union/European Economic Area whose transferable securities are admitted to trading on a regulated market in the EU/EEA should be entered on a public register and be subject to a level of regulation equivalent to the minimum required for EU/EEA auditors.

The registration requirements have been implemented in Germany in § 134 of German Public Accountant Act (WPO). In Germany registered third-country auditors and third-county audit entities can be seen on the Public Register / Register of Statutory Auditors.

This agreement does not regulate auditors, but merely summarises the various national regulations (measures) and, if applicable, reservations for future regulations (reservations).

Registration of UK auditors and audit firms with the WPK

Auditors and audit firms of the UK that audit companies related to the regulated capital market in Germany must register with the German Chamber of Public Accountants as third-country auditors and third-country audit firms (§ 134 WPO). The possibility of third-country auditor registration is referred to in the EU-UK Trade and Cooperation Agreement (see ANNEX SERVIN-1: EXISTING MEASURES, Schedule of the Union, Reservation No. 2 - Professional services (except health-related professions), (d) Auditing services, p. 565). The German Chamber of Public Accountants has already recognised the equivalence of professional rules.

Exemption for the legal representation of a German audit firm

Without such an exemption, they have to leave the company. For this purpose, the company may be granted an adjustment period of up to three years.

Registration of German auditors and audit firms with the FRC

German auditors and German audit firms auditing companies related to the regulated capital market in the United Kingdom have to register there with the Financial Reporting Council (FRC) as third-country auditors or third-country audit firms. The FRC has already confirmed to the WPK that the German professional rules are regarded as equivalent which is required for this registration. The FRC has compiled information on registration (PDF).

Waiver of registration due to equivalence of professional rules?

It remains to be clarified whether the United Kingdom, regarding the aforementioned already assessed equivalence of professional rules, will waive the registration for German auditors and audit firms subject to reciprocity.

You can find further information on registration procedure in the document provided below. Please use Form B for the registration.

Form A can only be used by a third-country audit entity whose home country is one of the third countries to which the European Commission has granted a transitional period in accordance with Article 46 (2) of the Directive 2006/43/EC in the following decisions:

The following are transitional countries in respect of audits of accounts for periods beginning between 2 July 2010 and 31 July 2018:

Form B must be used by any third-country audit entity that cannot take advantage of the transitional provisions in the European Commission’s decisions listed under Form A. 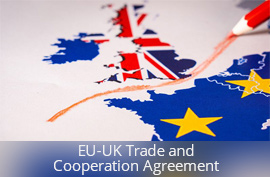 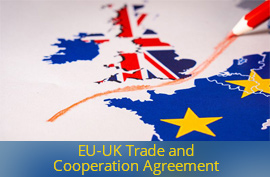